“In January of 2010 I found a lump in my left breast, hard, mobile, about the size of a small grape…The total cost for the ultrasound and needle biopsy which had to be done through an outside health institution would have been over $7000.  I was nearly penniless, without insurance and terrified… (Planned Parenthood) connected me with the resources I needed to pay for needed medical services through Susan Komen…Luckily, I know today that it was benign…Without Planned Parenthood, I would still be walking around years later unsure of what was going on inside my body and the immediate future of my health.”

But isn’t fighting cancer what the Susan G. Komen foundation is all about?  How could they possibly be cutting funding for something that is at the heart of what they are all about?  Well maybe it’s because it’s not what they are all about.  Just take a look at this Re-Tweet that Komen Vice President, Karen Handel posted on Twitter soon after the news of this defunding went public:

“Just like a pro-abortion group to turn a cancer orgs decision into a political bomb to throw. Cry me a freaking river.”

Now let’s be clear here, this is not something that Karen Handel said, this is something that someone else said, that she agreed with so she re-tweeted it on her own Twitter page.  Yes, the vice President of Komen agreed with this.  This statement is so wrong on so many levels it is almost mind boggling!  Let’s first follow the logic of this statement.  Susan G. Komen decides after years of partnerships with Planned Parenthood, to discontinue the funding of breast cancer related activities, and Planned Parenthood is wrong for addressing the public outrage that has ensued due to this decision by Komen.  Next, the funding that Komen provided did not go to any activities related to abortions at Planned Parenthood but in many cases went straight from Komen to the women being treated.  Third, the gross generalization that a “Pro-Abortion group” has a predisposition to throwing political bombs is just purely offensive by its nature.  I guess it wasn’t a political bomb when on January 11th, 50 innocent children, 4 and 5 years old, were sent into the offices of Ohio senators by an anti-abortions group , unannounced, holding teddy bears that played 18 week fetal heart sounds, asking them to pass a bill that would outlaw all abortions that occur after the fetal heart sound can be detected.  Many of the senators said that the kids looked scared, nervous and were clearly reading from a script.  Then there is the overall unbelievable insensitivity of the overall statement, considering the strong feelings that surround the entire issue of breast cancer and the thousands of women who have been effected by this terrible disease, to reduce the collective outrage at this move by Komen, to a bunch of cry baby abortionists, shows what kind of people the leaders of the Susan G. Komen foundation truly are.  “Cry me a freaking river?”… Seriously!?

I’m not looking to get into a political debate here on whether or not abortion should be legal or illegal or who should or should not fund organizations like Planned Parenthood because that is not what this is all about.  What this is all about is The Susan G. Komen foundation coming clean.  This is about the Susan G. Komen foundation being honest with all of the people who have put their hearts and souls into this organization and taking ownership of the real motivation behind this insensitive and offensive decision. It is not because they now have new policies as to who they give money to.  It is not because they have decided it is wrong to give money to any organization that is under federal investigation.  It is not these things because it just so happens that the only organization that Komen partnered with that was under federal investigation, conveniently, is Planned Parenthood.  Keep in mind that there is never a time that Planned Parenthood isn’t under Federal investigation because there is always some Republican trying to stop all funding to Planned Parenthood.

The truth is Karen Handel is a former candidate for Governor of Georgia who ran on a platform that was aggressively anti-abortion.  According to the Huffington Post, she “was endorsed by Sarah Palin because of her opposition to reproductive choice. Handel wrote in her campaign blog that she "do[es] not support the mission of Planned Parenthood."

"During my time as Chairman of Fulton County, there were federal and state pass-through grants that were awarded to Planned Parenthood for breast and cervical cancer screening, as well as a 'Healthy Babies Initiative,'" Handel wrote. "Since grants like these are from the state I'll eliminate them as your next Governor." She also wrote that she opposes stem cell research and supports crisis pregnancy centers, which are unregulated, Christian-run operations whose main mission is to convince pregnant women not to have abortions.”

Handal was hired by Komen in 2010.  In addition various Christian groups that had been donating to the Koman foundation discontinued to when they discovered that Komen was partnered with Planned Parenthood to help women in need of services related to Breast Cancer.

Komen can go on record as much as they want, claiming that this was simply a policy decision that will affect any company under federal investigation by the government, but it still remains that Planned Parenthood is the only company that happens to fit that profile.  The day I will believe that this is about nothing except enforcing a new policy is the day I will believe that Fox “News” is fair and balanced.

The bottom line is that an organization that has been a champion for fighting Breast Cancer for millions of women, that has tackled this disease like no other organization ever has, without ever politicizing this disease, has turned around and done just that and in turn has not only let down the thousands of women who they could have directly helped through their partnership with Planned Parenthood, but has let down all of the men and women, and the not-for-profit organizations and corporations that have partnered with them.  They have turned a cause, that started so pure from the pain of a women who lost a sister and vowed to do whatever she could to help other women fight this terrible disease, into just another casualty of the religious right, and their obsession to put religion before the needs and free will of people they claim to be advocates for.

Thankfully this is not one of those issues where there is nothing you can do.  First there are many other organizations that raise money to fight cancer that you can give your money to, BreastCancer.org, The National Breast Cancer Foundation, just to name two.  Second you can send a message to the Susan G. Komen foundation that this action is not ok by refusing to buy products that have partnered with the Susan G. Komen foundation in order to pressure those companies to tell Komen to reverse their decision. Third you can donate directly to Planned Parenthood and bypass Komen altogether.  And lastly, you can stand with Planned Parenthood by adding your name to the list of thousands who also have raised their hands. Susan G. Komen has the right to make whatever decisions they want to, but so do we.  Hopefully one day no one will ever have a reason to raise their hand.

Read "Close To The Heart" from Planned Parenthood 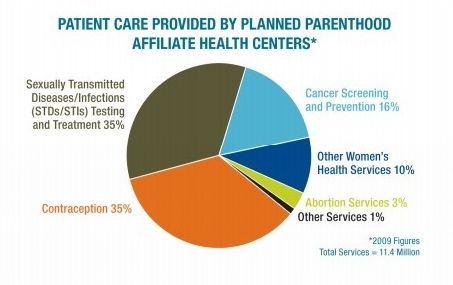