North Shore Dad
Home Archives Subscribe
ObamaCare is Not the Solution...But What Is?
Hobby Lobby's Approval of Forced Chinese Abortions

A Special Place For Kevin 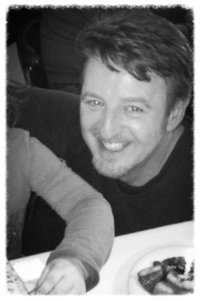 The Beatles once said, “The love you take is equal to the love you make.”  For the owner of Kevin’s Place, this verse could not ring more true.  Kevin’s Place is a small cozy diner in the northern Chicago suburb of Deerfield, but what sets Kevin’s Place apart from all the other small cozy diners out there is not the food, although the food is incredible.  It’s not the décor, although it is crystal clear whose personality is all over the posters, mementos and other decorations that adorn the walls of Kevin’s Place, it’s not even the mirrored disco ball that seems to magically turn on every time it is someone’s birthday.  What sets Kevin’s Place apart from all the other small cozy diners out there is one thing and one thing only, Kevin.  Kevin Quigley is the owner, head waiter, ring leader, pied piper, and all around master of ceremonies of his diner, Kevin’s Place.  And if you ask anyone, young or old, who goes to Kevin’s Place, they go there to see Kevin.  You can ask the staff. When Kevin is off, Kevin’s Place is not as busy.  To say Kevin is friendly is like saying the Pope is religious.  Some people might say that Kevin goes above and beyond, goes out of his way for his customers.  But for Kevin this is just Kevin being Kevin.  It is what he lives for.  Kevin greets every person with open arms, a huge smile and makes each one of his customers feel like they are the most important person that walked in that day.  And this is multiplied tenfold when the customer is a child.  There are no slides, jumpies, or robotic gorillas at Kevin’ Place.  There is just Kevin, and kids will beg there parent to go and see him.  To see Kevin interact with children is nothing short of astounding.  When he makes each child feel like they are the most special person he has seen all day, when he pulls up a chair and sits down with each child and takes as much time as that child needs to order their own food, and when each parent sees the joy there child experiences from being spoken to in only the way that Kevin knows how, every parent falls in love with Kevin because for the first time they see someone treat their child in a way that few people ever have.  The evidence of this can be shown by the wall of drawing that children have made for Kevin each time they come to “play” with Kevin.  It can be shown by the number of parents who bring their children to Kevin’s Place on their birthdays, knowing that at some point the lights will go off, the disco ball will go on and Kevin will lead the whole restaurant in a chorus of happy birthday for their child.  And it can be shown by the sheer number of people who have supported Kevin on Facebook when for the second time he had to undergo chemotherapy and radiation to battle esophageal cancer.

I don’t know exactly when Kevin found out that his cancer had returned but I do know that on November 2nd a friend of Kevin’s posted that a Flash Mob that Kevin was trying to organize was being put on hold until further notice.  As she put it, “Sometimes, life gets in the way of our best-laid plans.”  Most people did not know what was going on with Kevin at that time but on December 3rd, it became very apparent when Kevin posted,

“ICKY time...just getting called in for treatment. Ugh. I am so happy and thankful though they have a laptop to divert my attention while waiting. Gives me a chance too to catch up on my Farmville! No smart comments. Talk to you later!”  Later that day he posted, “ok...home from treatment and ok...I am craving a cheeseburger(double) ketchup only...and Kentucky Fried Chicken(original recipe)....corn on the cob, mashed potatoes and gravy, pork and beans..and of course let's not forget that DAMN double chocolate cake! HMMMM. Now boys and girls...I am on a restricted diet...very soft food diet. Has anyone in the past ever turned any of this food into a blended drink? Please share your recipe with me...or just jump in that car and bring me one. THANK YOU!”

It was clear that cancer was not going to squash Kevin’s charm and positive attitude, that if anyone was going to get through this Kevin would, and if anyone who knew Kevin had anything to do with it, they would make sure that there prayers and well wishes would be heard loud and clear, 94 prayers on Facebook just in the first two days.  On December 4th Kevin posted,

“HEY! Since I have buckled under and started taking pain medication...(MORPHINE)...if anyone wants to come sit with me and do morphine together.....swing on by! Although, you must be warned............since starting my morphine regimen...I have found I am channeling my inner black woman and know I was born to be in TLC.......I can't stop singing "Waterfalls". Henceforth...if you too have an inner black woman in you...COME ON DOWN!”

Clearly Kevin’s positive attitude and sense of humor was the thing that was helping him get through this, but I believe that Kevin, being the person that he is was also helping the people who cared so much about him get through this as well.  And in comment after comment people laughed and joked with Kevin.  Kevin kept posting things on Facebook but not much about his cancer.  Then on December 20th he posted,

“I received a call from my doctor and he asked...Kevin, would you like your last radiation/chemo treatment on Monday, or on Christmas Eve? Without hesitation, I asked if he really had staff to be able to treat me on Christmas Eve...he laughed and said cancer doesn't do holidays. Very funny doc. HENCEFORTH...my final treatment for this f-cking esophageal cancer is Christmas Eve....HOOHOO! 3 and a half months and I am so thankful for all the support of my family and friends....”

He went on to thank certain people who were there for him, some who kept things going at Kevin’s Place, some who were by his side through it all. 222 people “Liked” this on Facebook and 73 commented, saying get well and sending their prayers.  Then on December 27th Kevin posted this.

“OK...I have had my last treatment for my icky icky esophageal cancer(pretty name though). Team of fabulous doctors, friends that actually made me cry over their concern and care they gave me...but it's my dearest friend I must thank.....MORE PHINE. She has been such a reliable support...but more importantly, she has reunited my life with that inner black woman. I NEED HELP. Is there a venue or someone’s home I can come/go to perform to get them all out of my head??? Not kidding...all of them are running around...no comment Ellis. I am not...repeat NOT going without a fight for my dear friend MORE PHINE. They tell me I have to wind down slow off of them...or I may crash....does that mean I am then going to channel my inner Hillbilly...oops...Country western moan?
Well, just a thought. I am waiting for my laundry to get done...had one of my FAVORITE little ones...no names, Ellen, spill a chocolate milk on me today...EVERYWHERE...even in me shoes...try not to react to that one fellas! Her face when it happened was priceless....OH NO...I SPILLED MY CHOCOLATE MILK ON..........KEVIN!!! Her face was so shocked...I didn't even blink. My Mother came out in me and said…of course, "don't cry over spilled milk Ellen...Mr. Kevin is alright! Not mad...happy...not mad...happy. Then she laughed with me as her parental units were freaking out...well not really freaking...but once you meet MORE PHINE...she makes you look at everything in a different way. You know what I mean? Well...enough for now...my buzzer and I mean on my washer is done...must finish so I can make that dreaded, fun trip to Sams Club to gather "goodies" so I can provide entertainment and good eats to everyone at KPs. WOW........NEVER TAKE MORE PHINE AWAY. NEVER!!!I love her so. And ...truth be told, I am not a pill taker at all...hated pain killers and they had to convince me to meet MORE PHINE....what the hell was wrong with me? See ya later! XO Anita Baker...well really Kevin.”

Kevin's incredible, infectious attitude, his outlook, his sence of humor, his love for others, his love of children, his ability to make everyone feel special, his ability to make a little girl smile over spilled milk was all still there.  People would keep coming to Kevin’s Place, not for the food as good as it is, not for the décor as Kevin as it is, but for Kevin.  They say that beating cancer is not all about the drugs but also about the attitude.  And in Kevin’s case it appears that positive attitude, prayers and well wishes sure did not hurt.  Kevin’s 55th Birthday was on January 6th and the well wishes on Facebook came pouring in.  It was clear that in Kevin's case The Beatles were right.  Finally on January seventh Kevin announced the best gift he could have received for his birthday.

“Hey friends! What an out-pour of love and support I have received on my birthday! I want to thank everyone and tell you how much it meant to me. I am really a sensitive man and my heart hurts when I hurt, rejoices when I am in glee. But the amount of birthday greetings threw me into a WOW factor and then the fact that I had my scans and tests done yesterday to see if I am in remission...and that support. I am over-whelmed! Thank you so very much!!! BUT...nothing was better than the birthday present I got today when my doctor called me and gave me the results of my tests. CAN YOU SAY.......REMISSION!!! Oh my goodness. Got a bit of a road to do for the post treatment for repair but, shit, that ain’t going to be nothing! Throughout this horror, I have been in support from family, friends and peeps I don’t even know ! I want to thank everyone for everything that I have received. I was placed amongst the soul mates I was supposed to be with years ago and I AM NOT LEAVING BABY!!! Ellis...WE DID IT!!!”

107 Comments, 182 likes, countless friends.  Small cozy diners come and go but people like Kevin Quigley are few and far between.  If you have never been to Kevin’s Place, you should go.  I guarantee you that when you leave Kevin's Place, you will have a special place for Kevin.